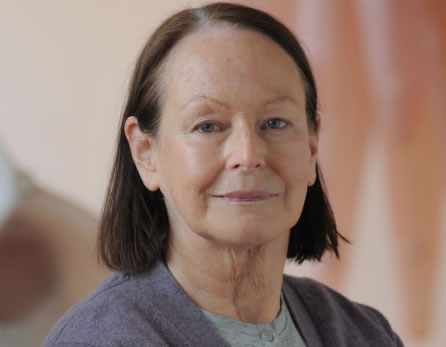 Jill Viney is a sculptor and writer who lives in New York City. She attended L’Ecole Julian in Paris, and Sarah Lawrence College receiving her Master’s from Columbia’s School of the Arts. Viney’s materials are molded fiberglass and plexiglas; she combines organic form with translucent material to produce interior light and space. Her work, shown in the 2016 Sarah Lawrence College catalogue and in New York City by Trans Hudson and Joyce Goldstein galleries, was included in “Fabricated Nature” organized by the Boise Museum of Art. In “Form and Space” at New Jersey’s Hunterdon Museum Viney’s sculpture, “Baja” was singled out in the New York Times by art critic, Barry Schwabsky. She has received two outdoor commissions: the first, “Dwelling”, at the Saint Louis Campus, University of Missouri, the second, “Barrow” at Herron School of Art, IUPUI, Indianapolis. In the first, the visitor was surrounded by luminous color; in the second he/she experienced a black space with bright concentric circles above, as in the evening sky. She is a Yaddo fellow and member of the board.